Malawi’s president Peter Mutharika says he will contest a court ruling that overturned his election last May.

Mr Mutharika, Malawi’s president since 2014, won the election with a 38.5% share of the vote. Opposition party leader Lazarus Chakwera came second with 35.41%

On Monday, judges annulled the vote citing irregularities and ordered a new election within 150 days.

There have been regular anti-government protests since the election.

Mr Mutharika said he will lodge an appeal against the ruling by five judges.

This was the first time a court had annulled an election in Malawi, creating further uncertainty in the southern African state.

Presidential spokesman Mgeme Kalirani said the ruling “cannot be allowed to stand … it will create a lot of problems in the country’s jurisprudence.

“It is a great miscarriage of justice,” he added in a statement.

On Tuesday, Mr Chakwera told tens of thousands of his supporters that the ruling was a victory for democracy.

In essence, the judges argued that Malawians deserve, and should expect, an A- grade election – not perfect, perhaps (who can boast that?) but free of systemic abuse. They should not have to make do with the more familiar C+ election that some nations and institutions still seem to tolerate or encourage.

In so doing, they sent a signal that the supposedly neutral bureaucrats in charge of organising such flawed elections should be thrown out. They also implied that a slap on the wrist was not enough, and that Malawi’s precious democratic institutions needed to be properly defended.

This was an important blow against a widespread culture of impunity.

Thirdly, the judges said the current first-past-the-post system of picking a new president was unconstitutional.

In future, they said, the winner needed to gain more than 50% of the vote, which could mean a second-round run-off.

That could have dramatic political implications for Malawi and is, above all, sure to encourage opposition candidates and parties to enter into strategic coalitions, giving them an unanticipated boost.

Fundamentally, the court ruling weakens the power of incumbency – a power that is often stronger, and more open to abuse, in relatively young democracies.

Lawyers for Mr Chakwera and Saulos Chilima, another losing candidate, said correction fluid – known by the brand name Tipp-Ex – had been used on some of the tallying forms sent in by polling stations.

The changes were made after they had been signed by party agents, they said.

The lawyers also said that in some cases polling officials sent in the wrong copy of the results sheet to the main tallying centre.

They also found some mathematical errors in a small number of cases. 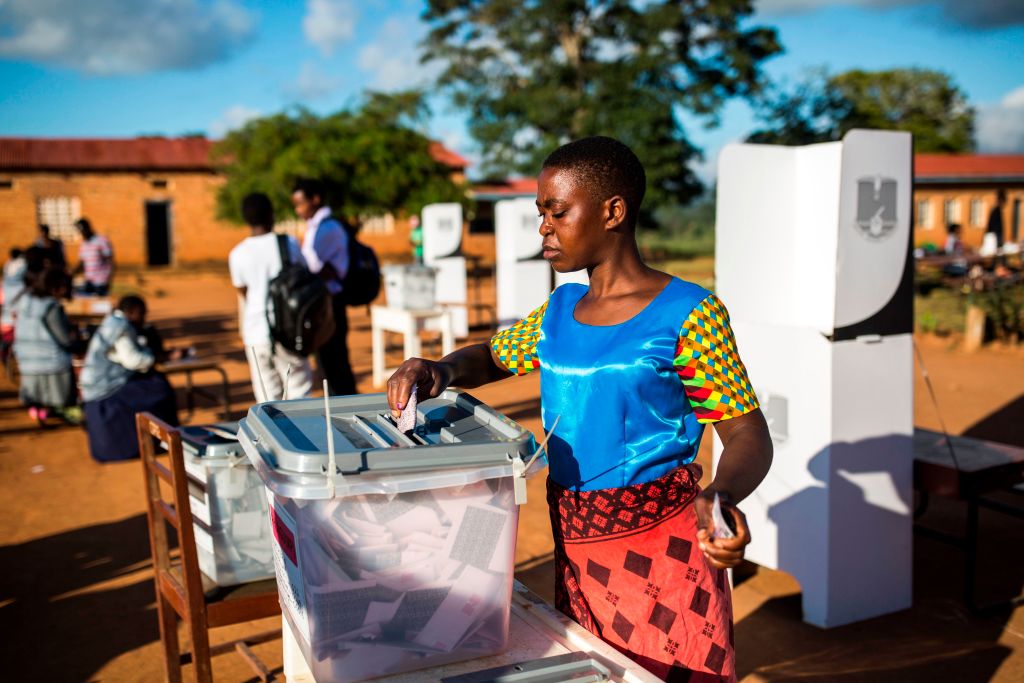 Though in each case there were not a huge number of errors, the lawyers said that the evidence pointed to a flawed process.

Since the disputed results were announced last May, there have been regular anti-government protests. Some of these have resulted in looting and the destruction of property, including government offices.

Two people – one police officer and one civilian – are known to have been killed during the demonstrations.