Votes are being counted in South Africa’s general election, with President Cyril Ramaphosa hoping to prevent a slide in support for the governing African National Congress.

With results declared in some 23% of districts, the ANC has won about 55% of the ballot, well ahead of the opposition Democratic Alliance on 26%.

Anger over the economy and land reform may have eroded its appeal.

Almost two-thirds of the electorate voted in the twin parliamentary and provincial elections, and full results are due on Saturday.

The polls have closed in #SouthAfricaDecides2019 and we wait for the people’s verdict. It was peaceful, free and – from what I could see – it was fair. These are no small things to those with a longer memory of this country.

Why did the president apologise?

“We have made mistakes but we have been sorry about those mistakes and we are saying our people should reinvest their confidence in us,” he said.

The ANC, which led the fight against apartheid, has governed the country since 1994.

Challenging the party are the centrist Democratic Alliance (DA) and the far-left Economic Freedom Fighters (EFF), which has won 8%, based on the official early results.

Why has the ANC lost support?

Young people queuing to vote spoke of their difficulties in finding jobs, with unemployment at 27%.

One young voter said her future employment prospects were on her mind. “I don’t feel confident about getting the job I want,” she said.

“I’m a member of the ANC but I didn’t vote for them this time,” construction worker Thabo Makhene told Reuters news agency. “They need to catch a wake-up. The way they run the state, mishandling state funds, they’ve lost their morals.”

However, many voters stayed loyal to the ANC. 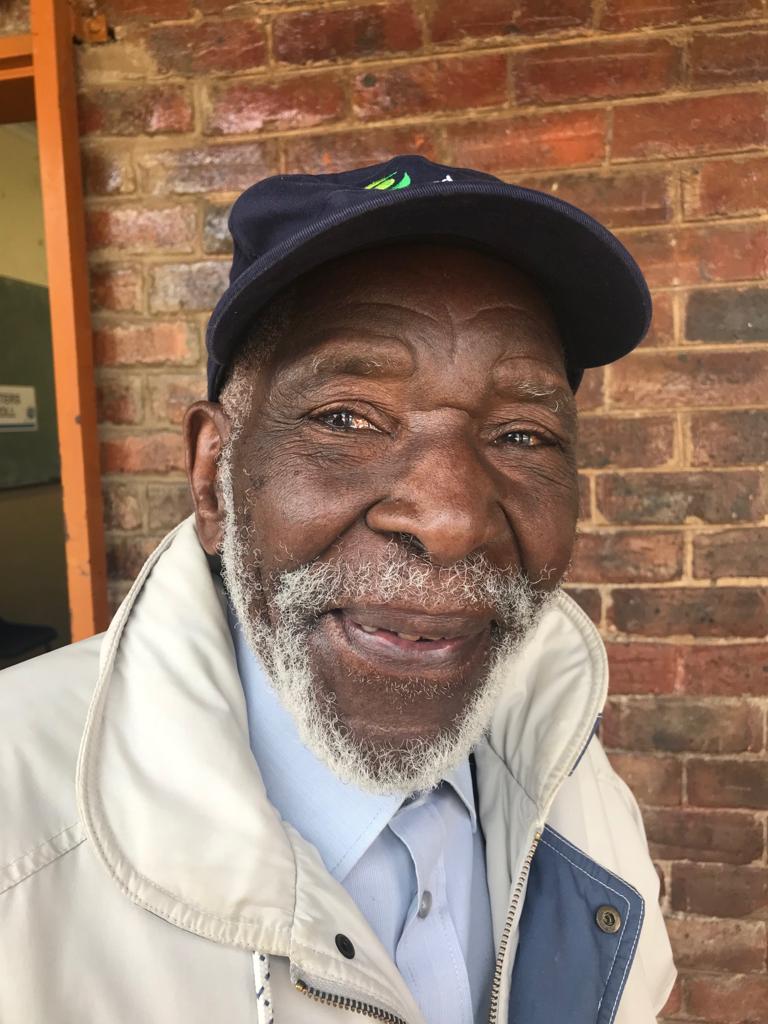 Esau Zwane, 90, waiting to vote in Soweto, Johannesburg, lived under white-minority rule. He told the BBC he was celebrating “that our country is now ruled by black people”.

How big an issue is land reform?

Apartheid, in place from 1948 to 1994, legalised racial discrimination privileging white people, and land ownership has remained a contentious issue.

The white minority still owns disproportionately more land than the black majority. The EFF has led the charge in trying to change this.

The BBC’s Andrew Harding in Johannesburg says the party’s stance has forced the ANC to consider drastic measures to transfer more land, more quickly, into black hands, which has resulted in a pledge to conduct land expropriation without compensation.

However, the DA says it does not believe land reform needs to be “carried out in a way that takes from one to give to another”, and instead promises to prioritise land reform in the budget and to release unused government land.

Other election issues include discontent over poor basic services such as water, housing and electricity, and anger over violent crime.

As well as the continued inequalities, it is thought that the failure to tackle corruption has damaged the ANC.

President Ramaphosa came to power last year pledging to get to grips with the issue but some voters still associate the party with the corruption which thrived under his predecessor, Jacob Zuma.

Mr Zuma faces trial on numerous charges of corruption but has denied any wrongdoing.